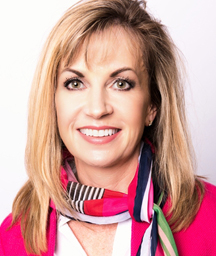 Catherine graduated from Dental School at Queen’s University Belfast in 1988. She commenced her specialist training in Orthodontics at Leeds Dental Institute in 1993. After this she teamed up with her partner, now husband, Joe, to build and develop St. Michael’s Dental Practice and St. Michael’s Orthodontics Ltd. which opened in 1998. She gained her specialist qualification in 1996 and is currently registered (reg.nr. 63428) on the specialist list for Orthodontists at the General Dental Council (http://www.gdc-uk.org). Catherine is also a member of the British Orthodontic Society (http://www.bos.org.uk) and the World Federation of Orthodontists (http://www.wfo.org).

She has a keen interest in adult orthodontics with the use of more cosmetic braces. This year Catherine has achieved two milestones, firstly in treating 500 patients and secondly in achieving Invisalign Diamond Provider status (which has only been achieved by 0.2 % of Invisalign providers in the UK). Her experience and expertise means that even more complex treatments can be done with the Invisalign system. Catherine also sits on the Invisalign Advisory Board.

Catherine is now the Honorary secretary of the OSG (Orthodontic Specialist Group committee) and is a judge in the Against the Odds Competition held annually by the BOS (British Orthodontic Society).

As a mother of two girls, Catherine relates well to young patients. In her spare time she enjoys going to the gym and a bit of retail therapy with her two daughters.

See our latest inspection report from the Care Quality Commission